The Constitution of the Italian Republic:
Considering:

1. Article 1 “Sovereignty belongs to the people, who exercise it in the form and within the limits of the constitution”.
2. Article 10 The Italian legal system conforms to the rules of generally recognized international law.
3. Article 28 “Officials and employees of the state and public bodies are directly responsible, according to criminal, civil and administrative laws, for acts committed in violation of rights. In such cases, civil liability extends to the state and public bodies. ”

4. It is clear that these three articles are continuously violated, tricked into their own advantage, by Human Beings / People in the capacity and functions of State Officials and Employees, Bodies, associations, corporations. The latter have appropriated the Consent and Rights of the artifact legal function, Citizen (unaware), acquiring jurisdiction in bad faith. 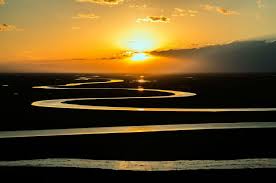 To date, still, there has not been irrefutable and legitimate proof that an artifact is superior to its creator.

9. Article 2
“The Republic recognizes and guarantees the inviolable human rights”.

10. Article 101
“Justice is administered in the name of the people.”

11. It is inalienable that the “Constituent Men People of the People are The People”. «Pre-State and Pre-Legal».
12. The Decree of Judge Massimo Lo MASTRO, in the function of Judge for preliminary investigations, Cassino (FR), issued on 06/10/2017 is de facto given. “Without People’s Sovereignty the State Doesn’t Exist”, Nunc Pro Tunc, Praeterea Pretere.
13. It is indisputable that a state exists because it is the people of man who create it, and it is sovereign over it “pre-state and pre-juridical”, Nunc Pro Tunc, Praeterea Pretere. 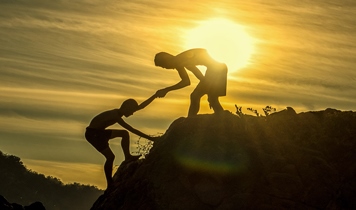 PRELUDE
1. Considering that credit institutions are private commercial credit institutions, subject to international trade laws.
2. It is undeniable that these credit institutions are registered with the SEC (Securities and Exchange Commission), with the UCC (Uniform Commercial Code) etc. etc., as well as being associated with various international financial groups.
3. It is indisputable that credit institutions must prove the origin of the amount of money they give on loan, mortgages and various loans.
4. It is certain and unquestionable that everything is trade and it is always a matter of Contracts and Consent, in Honor (if there is one).
5. It is unconstitutional that:
1- the state sells or privatizes what is of the State property, that is of the People!
2- an unelected government, including various ministries and institutions, issues laws and rules.
3- that the State transfers the Sovereignty and / or part of it, if this happens the State is Non-existent, Null and illegitimate.
6. The Constitutional Court sentence n.1 of 09 January 2014, which declares the electoral law, called “Porcellum”, Nunc Pro Tunc, Praeterea Pretere, undeniable.
7. The order 25030/17 of the Civil Court of Cassation, published on 23 October “2017, is unequivocal.
8. The Constitution is unquestionable and belongs to the people of Man who apply it, the last government elected by the people (of citizens who ask, in vain, for the application of the constitution) was and / or was forced to resign, therefore, since December 2012, everything is illegitimate and unconstitutional (extendable to 2006 due to the “Porcellum” effect).
9. Article 10 of the constitution is incontrovertible, therefore the validity and application of the “Uniform Commercial Code” (UCC – Uniform Commercial Code) signed, accepted and ratified by the Italian Republic (ITALY REPUBLIC) is unquestionable.

10. It is indisputable that to date the following are not Confuted: the Judgment n.1 of 09 January 2014 of the Constitutional Court, the Decree of Judge Massimo LO MASTRO, issued on 10/10/2017 Cassino (FR), the ordinance 25030/17 of the Court of Cassation, published on 23 October 2017, the order of 06/09/16 rg 216/14 of the Court of Bolzano, the order of 31 March 2017 RG2144 of 2016 of the Court of Cremona, the memory of 22.04.17 RG 3374/16 of the Court of Savona, the written response of Carmelo BARBAGALLO, head of the Bank of Italy’s Supervision, in the Joint Finance Commission between the Chamber and the Senate of 17.01.17.
11. It is certain that the Bank of Italy with the demerger from the Ministry of the Treasury is no longer a Public Bank, as it is a bank managed by those same private banks that should be controlled, therefore, the big banks and private insurance companies own the majority (over 95%) of the shares of Bank of Italy, which is a SPA and coordinates all the banks.
12. It is clear that conflicts of interest, both internal and external, are complications that invalidate the supervision of private banks and the Bank of Italy itself and this proves and ratifies the Notice to the public «CREATION OF MONEY WRITING BY CITIZENS », but coincidentally refers only to the citizen and makes no reference to the individual and man, said document does not include the date or the signature of someone or the reference to any internal office or stamps and header, therefore illegitimate and devoid of any value.
13. It is certain that the Euro is unconstitutional both because it is in clear contrast to the art. 1, 4, 35-40 of the Constitution, both because it does not comply with the constitutional provisions of art. 117, paragraph 2, letter e). 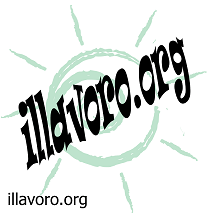